This tour, playing 28 shows in 12 venues for about 220,000 audience, is a best-of live created for the first time from fan votes on songs to decide the setlist, based on ayu’s feelings of “wanting to create a show together with fans who have supported me these past 15 years”. 241 songs from the time of her debut to the latest track (excluding 15th Anniversary commemorative song “Tell All”) were voted on by fans to choose the Top 50 tracks, of which 20 were performed during the performance (33 different songs made the setlist throughout the tour).

Similar to previous tours, the show, setlist, goods, band members, stage layout including stage curtain and floor material, and even minor details such as decoration designs are all built from concepts dreamt up by ayu herself.

END_OF_DOCUMENT_TOKEN_TO_BE_REPLACED

Fashion magazine “Majesty JAPAN” September issue, featuring Hamasaki Ayumi on the cover with her hand as a makeshift bra, sells out
12 August 2013. 23:40

The magazine, released on 7 August, features a semi-nude Hamasaki Ayumi on its cover, which quickly became a hot topic. An interview with the title “Welcoming the 15th Anniversary checkpoint with a natural body” accompanied the photos. The article talks about Hamasaki’s reminesces regarding her 15 years in the entertainment industry.

Since its debut on 7 March 2013, the sales of this September issue is a first for “Majesty JAPAN”. On 7 August, they posted an announcement on their Facebook page, saying “MajestyJAPAN Official Page has hit 5,000 likes. Please continue to support us”.

Online magazine distributors are selling both new and used copies of the magazine from 800yen onwards, while online auction site “Yahoo!Auctions” are selling copies at around 1,000yen.

inouekozodesu: I was lucky to catch the best songs, best performance and best show ♫ The comrades who came with me are really grateful too. Thank you ＼(^o^)／
ayu_19980408: I should be the one thanking you! (*^^*) 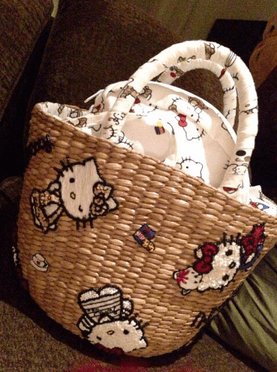