To commemorate the last month of Hamasaki-san’s 10th year since her debut, we have a campaign with magazine Bea’s Up. With a single photoshoot session, Sweet will talk with ayu about fashion, while Bea’s Up will cover make-up and nails. Do enjoy both issues!

Following the release of an ultimate best album containing 10 years of Hamasaki-san’s works starting with her debut single, we have 2 songs that sing about love: ballads fit for adult women to round off this commemorative year of 2008.

Hamasaki Ayumi-san dresses up coquettishly in 60’s vintage, a look every girl loves.

“I really like designs based on the 60’s. Anything that looks like a reprint of Courreges that’s been made long ago; I often wear them in my private life too. However, because I’m not tall like normal models, it was always hard for me to pull off vintage clothes like I did in today’s shoot.”

Even with that said, it’s definitely ayu who can pull off such dreamy expressions and poses so well! New single 『Days/GREEN』 allows us a better glimpse of these slightly unusual expressions.

“I wanted to write pure songs about koi (love) this time. As we become adults, the word koi has slowly figured less in both our conversations and thoughts, right? That’s why I wanted to face this seriously and sing about it. I’ve sung lots about life and it’s principles and meanings, and it was probably because I wanted to speak out about those things, to confirm them myself. Although singing is not a way to strengthen one’s own will, I think there are times when that is what one needs to do.”

(Misa’s note: Find out more about the word koi (恋), and its comparison to the word ai (愛). http://japanese.about.com/od/japanesecultur1/a/The-Japanese-Words-For-Love.htm)

A trembling voice singing about secret feelings, 「GREEN」 is an impressionistic mid-tempo tune with an oriental mood reflecting “the koi of a girl who holds hope for the future”. Dramatic ballad 「Days」 is about “the koi of a girl who has taken a true step forward, but has no wish to proceed any further”. Both songs are about koi, but with the flowing melody and resonating strings, the image presented is, honestly, sorrowful.

“Both songs were written based on a love that doesn’t wish for anything in return. Feelings of love are not things to be wished for. If one wishes to give love, one doesn’t care about whether they can actually give it or not. However, I feel that it’s wrong to expect you to love me back the same way, just because I choose to give you love. Whatever you feel for the other person, you leave the feeling with them, and continue harbouring feelings of “I love you, I love you”, right? And when we witness someone else doing that, we often think “That person must feel really lonely, that’s why they’re doing that”, right? But love is not just about longing. And that was what I wanted to sing about.”

In fact, the cause for this huge change in her mindset seems to have occurred during her birthday in October this year.

The Countdown Live this time is super special!

“On my birthday, I woke up, looked in the mirror and realized that I’m getting old. (laugh) Even though I’ve felt normal all the days prior, when I woke up on that day, I just went “Whoa, I’m 30 now”. I felt that I was victimized somewhat. (lol) I was calmly looking at “Hamasaki Ayumi”, but I can’t conjure up an image of what a 30-year-old “ayu” is supposed to be like. “What will a 30-year-old ayu sing about?” Shifting to a fan’s perspective, I thought about that. And then, I suddenly realized that I didn’t need to teach or guide people about stuff, that I could just sing about something simple that everyone will surely understand. With that, the word koi came to mind.”

Running non-stop at the top of things for 10 years. In exchange for the life of a star, she must have been misunderstood and borne serious hurts. However, with her honest personality, she is a passionate person who pays attention to details and gives her life to create works that she can be proud of. That is why Hamasaki Ayumi has always remained strong, to continue to sing so that she can be heard.

“This is the 10th anniversary since my debut, and the “thank you for the past 10 years” messages from everyone has been reaching me non-stop all year, so I want to use this Countdown Live to give something back to everyone to wrap up the year. Gratitude for walking with me these 10 years, for watching over me; in the end, I want to return the feelings through song. That’s why the Countdown Live this time is super special! Firstly, songs from every album since my debut has been picked, so the setlist is really long. As for myself, I’m having a hard time now remembering all the lyrics. (laugh)”

By the way, you may have noticed this when picking up this month’s issue at the stands, that Hamasaki Ayumi-san’s page seems to have a special collaboration with 『Bea’s Up』!

“I didn’t realize it, until someone told me “ayu, stripes seems really popular now” (lol) (『Bea’s Up』 features cyan on a white background). Everyone, if you see these 2 issues at a nearby store, please pick both of them up together.”

Info 01: Attention: Collaboration with 『Bea’s Up』!
With a similar look, this issue presents a special Miss ayu campaign collaboration alongside popular beauty magazine 『Bea’s Up』. As both Sweet and Bea’s Up releases issues on the 12th of each month, there were many instances when both magazines featured Hamasaki-san on the cover at the same time. From that, the idea of “Let’s host a photoshoot together!” came about with much hype and came into fruition. Sweet will be handling the fashion aspect, while Bea’s Up will focus on make-up and nails, so please check out both issues. As the covers are linked as well, do buy both issues and line them up together!

Info 02: New Single to be Released!
Hamasaki-san’s 44th single, to be released on 17 December, contains ballads about love as an adult. In addition to the 2 songs mentioned in the title, 『Days/GREEN』 version includes a 10th anniversary version of 「LOVE ~Destiny~」, while 『GREEN/Days』 includes a 10th anniversary version of 「TO BE」. Be sure to check out both!

Info 03: PV directed by Shimomura Kazuyoshi a must-see!
Hamasaki-san’s PVs have always been much anticipated by fans. Always shocking us to the core, the PV to wrap up this 10th anniversary year is bound to be special. A must-see will be Hamasak-san playing the part of 「Asian Pop princess during the 1930’s」. The large-scale open-air set (@ Shanghai) will also touch you!

In charge of the PV this time is the same photographer for this issue’s photoshoot, Shimomura-san. Immerse fully in the convincing world created by Shimomura-san’s imagination unleashed.

SHUYA_Mizuno: Seeing a familiar face after some time away, as well as the profile dancing hard really makes my heart clench. Everyone’s going for food and alcohol, and I may just cry (laugh)
ayu_19980408: Why will you cry from drinking? (￣▽￣)
MYALL_ayu: ayu is a tease (￣▽￣)
ayu_19980408: Yes (￣▽￣)

ayu_19980408: Work is neverending… I keep working and working, but it never gets lesser, baby… My eyelids are only half open, baby…

daichi1127: Is there anyone who can help me for today and tomorrow? Save meee–
ayu_19980408: I’d really really love to rush down and help, but I seriously don’t think I’ll be of any use. But if you want, Na-chan and I can provide you with comic dialogue for BGM (￣▽￣)v 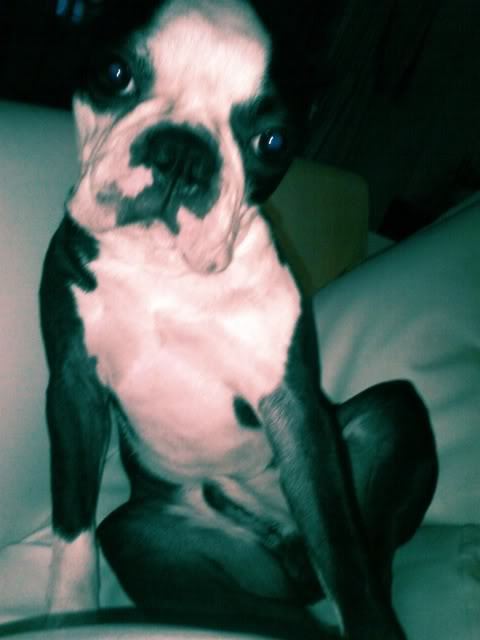