Let’s start from the beginning…

I was initially quite fearful of how it would turn out
since it was just us on the programme, with nobody else,
but everything turned out well, so that’s a relief de-ariyasu (≧Θ≦)

We made merry, and the mood was a little nervous but relaxed
So it was super fun! ♪

Wow~ I really respect all the radio personalities
who have to do this every week~ (’Θ ’).:*:゜☆

You guys have my total respect!!!

Ah! That’s right-
The tearful reunion with the girl who used to come to the house
just felt like a fated meeting~ ☆

And then and then,
the members split up during the weekend and went all over the country
to take part in variety programmes to promote Momokuri DVD (*・Θ-*)

Reni and I went to
Osaka → Kyoto

And then~
All 5 members met up at Nagano ☆

When the members split up,
Momoclo as a whole gets to meet up with more people ☆

To everyone in the areas that we didn’t visit,
don’t worry, because
you never know when Momoclo will just appear in your city! ☆

So be prepared and wait for us— (≧▽≦) (laugh)

The other members have probably put up similar photos on their blogs,
but I want to post them too, for commemorative purposes ☆

So! Tomorrow,
we’ll get to meet lots of girls
at the Bishoujo Senshi Sailor Moon “Tsukino Usagi Birthday Party” in Special ViVi Night,
so to everyone who’s going, look forward to meeting us- (*^O^*) 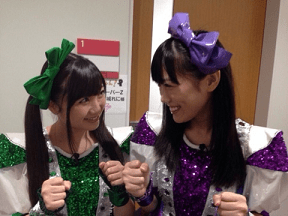 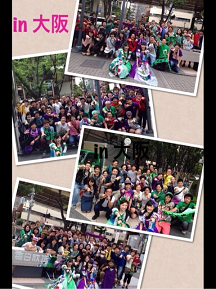 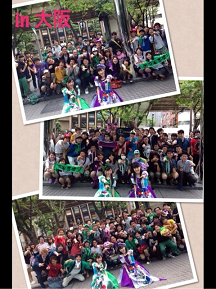 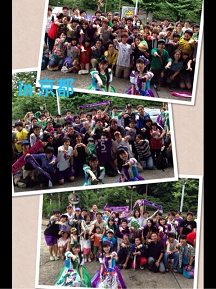 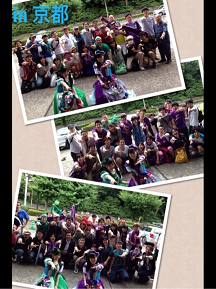 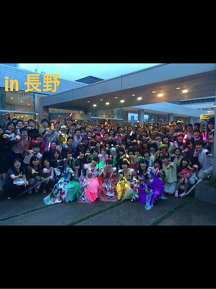